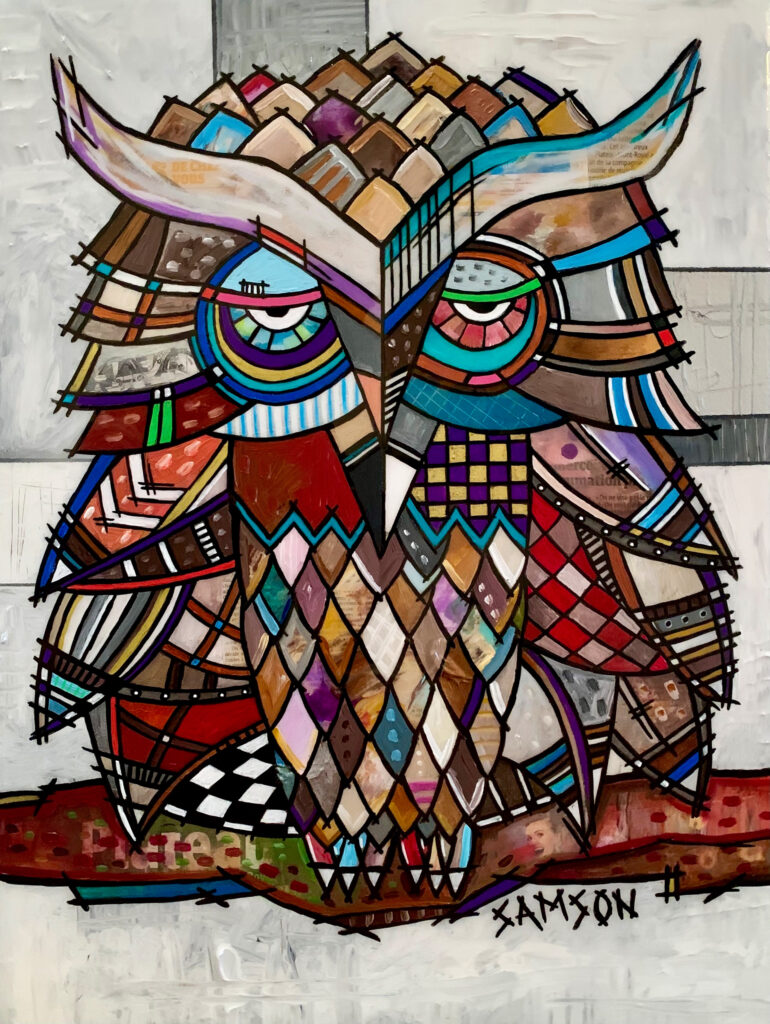 LE GARS DU PLATEAU – 18” X 24″ – Acrylic and mixed media on canvas.
Here we have a hip dude who lives on the famous neighbourhood of Montreal’s Plateau. He doesn’t own a car so he gets around on a BIXI or by public transit. He reads LE PLATEAU newspaper as well as other local publications. This guy is down to earth. In fact he wears earthy tones very well like shades of brown, gray, beige, rust as well as a variety of reds and blues to compliment these colours.

Embedded within the layers of paint, one might notice an illustration of a BIXI by local cartoonist Michel Rabagliati, newspaper clippings and a map of the Montreal metro.

This entry was posted in Owls.