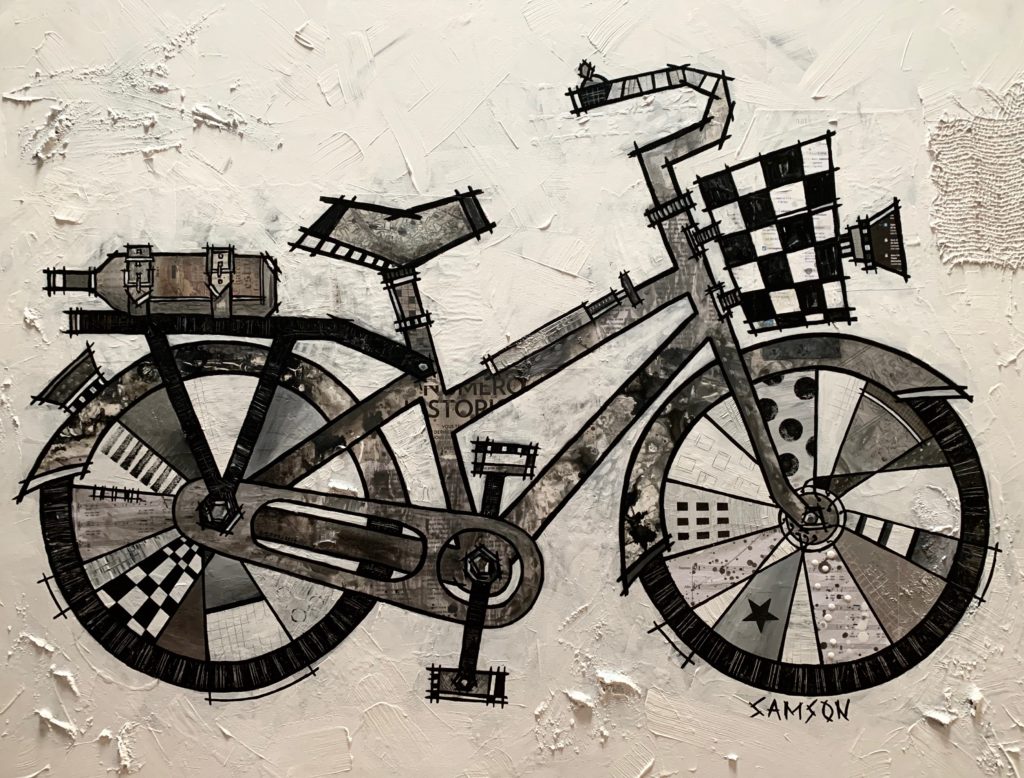 This piece is a very first of this genre because it was created in black, white, metallic silver and all “Fifty Shades of Grey”.  In this unique creation, you will find the same techniques used in my colourful creations although here, the emphasis is placed on subtleties, reliefs, textures and small abstractions.

For the cycling and wine lovers, again, you will be well served because the bottle of wine displays a genuine label of a Grand Cru Saint-Emilion, year 1961.  On the bicycle frame, there is a section of the front page (historic edition) of the last printed version of the Montreal Newspaper LA PRESSE (December 2017). You will also appreciate a salute to our cousin nation, France with the map of the city of Paris, a partition of the song “JE REVIENS TE CHERCHER” (I am back to get you) of Gilbert Becaud and a poem from Victor Hugo “Au bord de la mer” (by the sea – 1836).

Embedded within the layers of paint, you will also notice sketches of our Quebec cartoonist Michel Rebagliati, the map of Montreal Metro System as well as plaster and burlap in texture.

This entry was posted in Bike.
Powered By Ultimate Auction